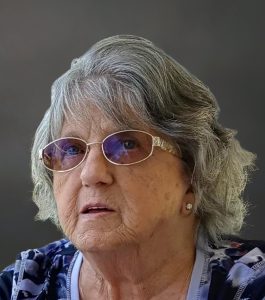 Carol Etta (Louk) McLaughlin, an amazing mother and Mam-maw peacefully joined God on February 24, 2022, with family by her side.  Carol was the daughter of the late Elzie and Ruth Louk of Calcutta, OH.  In 2003, she retired from South Side School District where she had worked for 30 years.  During her time there, she worked at the Elementary as a custodian and food service staff member.  She was a lifelong member of the Hookstown Free Methodist Church and also served as a supporter of the Community Benefit Committee.  She truly loved God, community, and her large family.

Kenneth W. Husk, 83, of Aliquippa (Raccoon Twp.), passed peacefully Monday evening, February 21, 2022, at Fox’s Stone Pear Pavillion; Chester,W.V. Born August 24, 1938, in Waynesburg, he was a son of the late Ira and Jeanette (Miller) Husk. A retired steel worker, Mr. Husk was a member of the Pursley Baptist church of Waynesburg, a founding member of the Green Valley Sportsman’s Club and was a member of the F & AM Glasgow Lodge# 485  Shippingport.

In addition to his parents, he was just preceded in death by his beloved wife on February 14, 2022, Mary F. Husk. Surviving are his daughter and son-in-law Kennetha and Ed Peglow, a sister Joetta Hoy and his grandson and his wife Lee and Cindy Peglow. END_OF_DOCUMENT_TOKEN_TO_BE_REPLACED 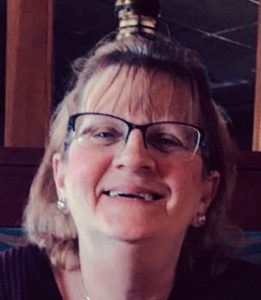 Deborah D. Bres, 59, of McDonald, passed peacefully in the comfort of her home with her husband and children at her side on Friday, February 18, 2022. Daughter of the late Gladys Crow. Wife of Scott M., mother of Makayla (Anthony DeCarlo) Bres and Travis M. Bres. Sister of Matthew Morris, Cliff Crowe and Delores (Larry) Dorsey. Her mother-in-law Carol Bres and sister-in-law Terri (Den) McConnell.

No service is planned, and cremation will take place. Memorials in Deb’s name can be made to the Humane Society of the donor’s choice. END_OF_DOCUMENT_TOKEN_TO_BE_REPLACED

Stephen Roy Java, 90, of Clinton, PA, passed away on February 17, 2022, at the Good Samaritan Hospice in Beaver, PA surrounded by his loving family.

Steve was born on September 17, 1931. He was the son of the late Ana Oszust and Daniel Java.

Steve loved working on old cars, black and white movies, making wine, Polka dancing, going out to eat with his family and friends, a dollar bet on Monday Night Football games, and a good slice of Italian bread. Steve was always there to lend a helping hand to anyone in need. END_OF_DOCUMENT_TOKEN_TO_BE_REPLACED

Mary F. Husk, 84, of Aliquippa (Raccoon Twp.) passed peacefully, Monday evening, February 14, 2022, at the Stone Pear Pavillion; Chester, W.V. Born September 21, 1937, in Waynesburg, Pa., she was a daughter of the late Mark and Edna (Spragg) Shultz. Mary was a member of the Pursley Baptist Church of Waynesburg.

Surviving are her husband, Kenneth W. Husk, and a daughter and son-in-law Kennetha and Ed Peglow and a grandson Lee and his wife Cindy Peglow. A sister-in-law Joetta Hoy. END_OF_DOCUMENT_TOKEN_TO_BE_REPLACED

Nancy Waxler, 80, of Beaver (formerly of Hookstown), passed peacefully Saturday afternoon, February 12, 2022, at Heritage Valley Beaver. Born November 21, 1941, in New Sewickley Twp., she was a daughter of the late Walter and Nora (Weyandt) Davis. Nancy had worked as an Accounting Clerk with Tuscarawas Plastics in Vanport.

In addition to her parents, she was predeceased by her brothers Bob and Junior Davis and sisters Nora Gallagher and Sally Davis.

END_OF_DOCUMENT_TOKEN_TO_BE_REPLACED 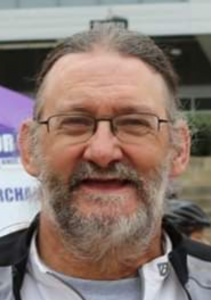 David B. Wright, 61 of New Brighton (formerly of Hookstown) passed Tuesday morning February 8, 2022, in the Allegheny General Hospital after a short and sudden illness. Born November 15, 1960, in Rochester, he was a son of the late Charles Bevington and Mildred Mae (Lutton) Wright. Dave was a graduate of South Side High School and had worked as an Associate for Walmart in Chippewa. An avid outdoorsman, he loved hunting and fishing and enjoyed biking, hiking and socializing and was always ready to help anyone out that he could.

In addition to his parents, he was preceded in death by a sister Patricia Mae Kavals. He is survived by his son Brandon Adleman, a sister Joyce Wright, his nephews and niece Robert, William and Michael Kavals and Melissa Collins, also numerous cousins and good friends. END_OF_DOCUMENT_TOKEN_TO_BE_REPLACED

Ernestine D. Kroskey, 80, of Monaca on Wednesday evening, February 2, 2022. Born March 1, 1941, in Aliquippa, she was a daughter of the late Boris and Alice (Rogish) Denkovich. Wife of the late William R. Kroskey, mother of Katherine (Mark) Beaver and William P. (Bonnie) Kroskey. Grandmother of 5 and great grandmother of 1. Sister of the late Karol “Tubby” and Dennis Denkovich. Cremation will take place and no service is planned. Professional service provided by the MCCONNELL FUNERAL HOME, Hookstown, PA.