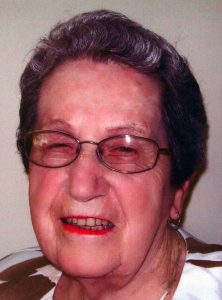 Dolores M. Moore Searight, 94, of Aliquippa (Raccoon Twp.), died Monday evening at Curahealth/Heritage Valley Beaver. Born October 1, 1926, in East Liverpool, Ohio. She was a daughter of the late Mont and Anna (Shay) McCoy. A home maker Dolores was a member of the Service U.P. Church, the South Side Senior Citizens, South Side Historical Association and also enjoyed cooking and baking.

Deena K. Antel, 50 of Steubenville, Ohio died unexpectedly Monday morning January 18, 2021, at Trinity West Medical Center, Steubenville. Born February 18, 1970, in Elgin, IL., she is the daughter of Kenneth Craig and Lyndell May (Kolilis) Sumpman. A homemaker, Deena was also a veteran of the USAirforce.

END_OF_DOCUMENT_TOKEN_TO_BE_REPLACED

Terry had worked as a registered nurse at Friendship Ridge before retiring in 2012. After retiring, he along with his wife, delivered newspapers for Beaver County Times and he worked with his nephew Michael Milliron at Mikey’s Subs and Stuff.

In addition to his parents, he was preceded in death by a sister Martha Lee Shivler, a brother Charles Melvin Yost, a son in law Douglas Hicks Jr., and a fur baby Puddles.

Family and friends are welcome to call at the MCCONNELL FUNERAL HOME, 447 Pine St., Hookstown, PA. 15050, on Tuesday from 3 pm until the time of services at 7 pm. The Rev. Timothy Shivler will officiate and cremation will follow.

Due to Covid-19, the family asks that visits be brief, masks be worn and to practice social distancing. 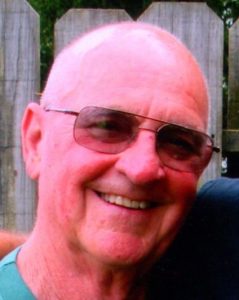 “Peanut” Arthur DeLee Kerfoot, 82, of Hookstown (Frankfort Springs) died peacefully in the comfort of his home surrounded by the love of family on Thursday afternoon, January 14, 2021. Born June 28, 1938, in Philipsburg, Pa., he was the last surviving son born to the late William E. and Irene (Brown) Kerfoot. A graduate of Philipsburg High School class of 1956. Peanut started his career in 1956 with Allegheny Airlines, retiring from USAirways after 40 years having worked as a station agent, load planner and airline dispatcher. He was an avid hunter, fisherman, a longtime member of Five Points Hunt Club and the neighborhood ‘lawn fairy’.

In addition to his parents, he was preceded in death by brothers Walter ‘Chis’ and Ralph Kerfoot. END_OF_DOCUMENT_TOKEN_TO_BE_REPLACED