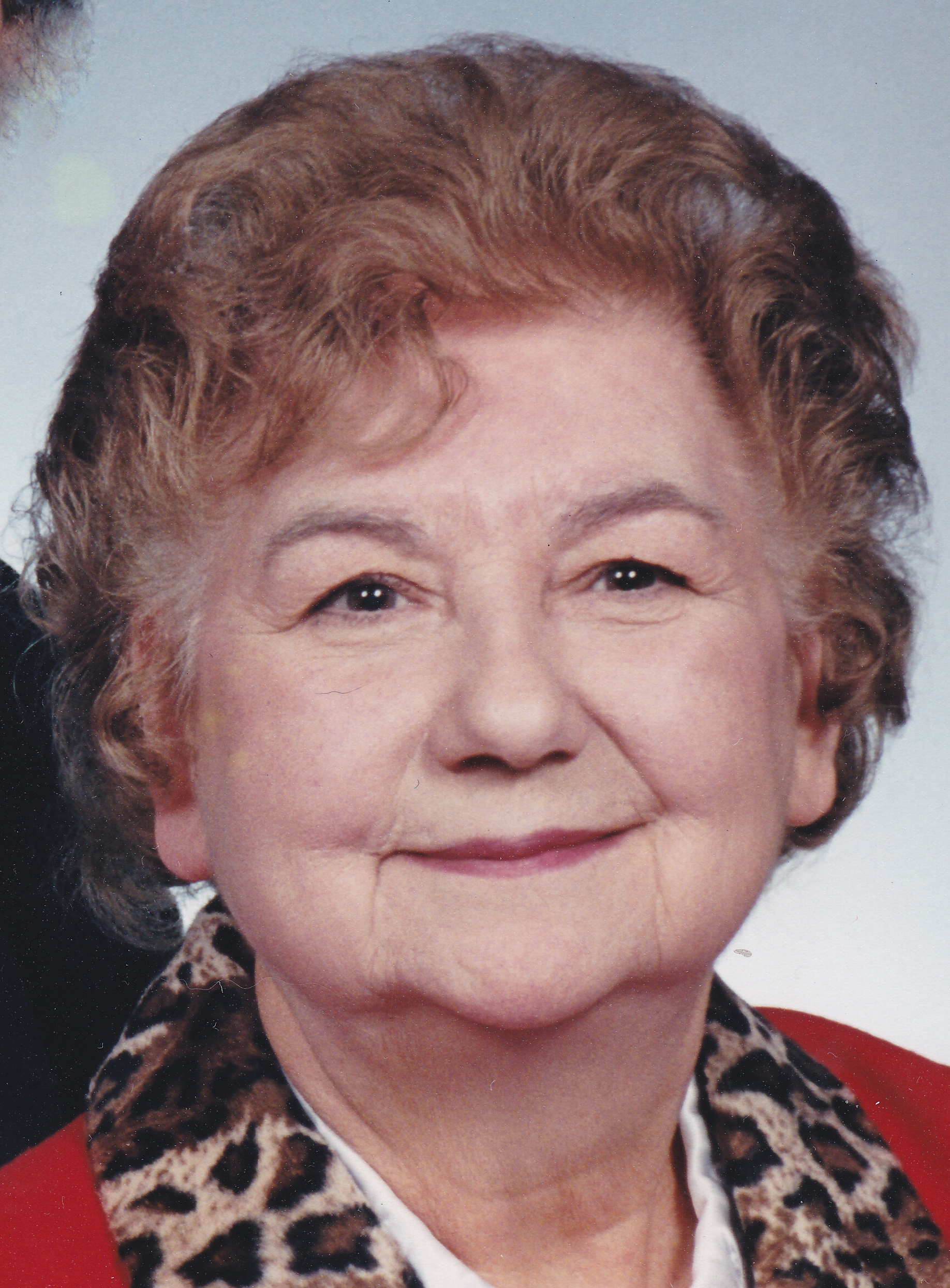 Anne B. Fleming, 86, of Aliquippa (Hopewell Twp.) on Thursday afternoon July 23, 2015. Anne Fleming was ushered into the presence of the Lord to receive her reward for a life time of serving God. She was reunited with her husband of 64 years, Harry, who she truly missed in the 2-1/2 years since his passing. Anne was a transoceanic baby, born in Fair Oaks to Czech immigrants, Matthew and Agnes (Manek) Frola on April 15, 1929. A homemaker and loyal wife, Anne was a spotless housekeeper, an excellent cook and an expert in gardening and flower arranging. She used all her gifts for God, hosting countless dinners for missionaries, special guests, members and visitors to her church. Once a week for over 50 years, she would visit the sick or elderly, including the day before her death, always with a flower arrangement and a plate of cookies. She passionately shared the gospel of Christ with all. She taught Sunday school for over 50 years, sang in the choir, and helped wherever needed at Community Bible Church. Anne and Harry were fortunate to be able to travel extensively, visiting countries from China to Africa. She led a full, happy and Christ honoring life. END_OF_DOCUMENT_TOKEN_TO_BE_REPLACED

Born July 3, 1941, in Rochester, he was a son of the late Isaac H. and Inez V. (Swan) Covert. END_OF_DOCUMENT_TOKEN_TO_BE_REPLACED

Born May 1, 1928, in Chester, WV, a son of the late Sylvester and Lydia (Leahy) Chaney, he was a veteran of the U.S. Army. He was a devout member of the Immaculate Conception Roman Catholic Church, New Cumberland, WV. He was a graduate of Chester High School and West Liberty College and had worked at J&L Steel, Aliquippa Works. A former school teacher and coach in Newell, he had also worked at Allied Barton Security, Carnegie and was a school bus driver for South Side Beaver. He was a member of the Midland Knights of Columbus. END_OF_DOCUMENT_TOKEN_TO_BE_REPLACED

Born May 21, 1929, in Hookstown, she was a daughter of the late William Franklin and Myrtle Irene (Martin) Gerren. A homemaker, she graduated from high School at Burgettstown and soon after married Harry Martin of Frankfort Spring on November 15, 1962; Harry died in August of 1988. She was a caregiver for Harry’s uncle, “Happy” Stephens. Growing up, she helped the family operate the telephone switchboard for the Frankfort Mutual Telephone Company. She was a seamstress and enjoyed crocheting, knitting and making dolls. She had also served on the election board for the village for a number of years. She was a longtime member of the Frankfort Presbyterian Church, where she taught Sunday School and had made lifelong friends. END_OF_DOCUMENT_TOKEN_TO_BE_REPLACED

No visitation or services. Cremation will take place.

Lt. David Peter Sulkowski (Ret.), 68, died peacefully in the comfort of his Georgetown residence on Friday, July 3, 2015, with his family at his side.

A veteran of the Vietnam War, he traveled the world as a ship’s navigator on the USS Wandank, USS Finch, USS Meeker County, USS Massey, USS Beaufort and USS Vulcan.  Retired Lt. David Sulkowski was born Nov. 3, 1946, in McKees Rocks, to the late Peter Robert and Margaret (Mayak) Sulkowski.  After 23 years of service and dedication to his country, David retired from the Navy to the home he built with his own hands in Georgetown. END_OF_DOCUMENT_TOKEN_TO_BE_REPLACED