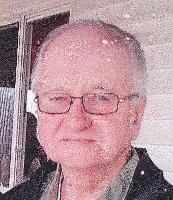 Lewis W. Moore, 69, of Hookstown, died Christmas Day with his wife and family at his side at Good Samaritan Hospice Heritage Valley.

Born September 25, 1944, in East Liverpool, a son of the late Lawrence and Gladys (McDonald) Moore, he was a member of the Parish Family of St. Blaise, Midland. A steelworker, he worked at J&L Steel, Aliquippa Works, for 18 years, and more recently as a customer service agent with Toys R Us for 18 years. He loved gardening and belonged to the Canfield Pumpkin Association. He loved attending tractor pulls and most important to him was spending time with his grandchildren and family. END_OF_DOCUMENT_TOKEN_TO_BE_REPLACED

Leslie E. Brown, 78, of Hookstown (Frankfort Springs, Boro), died peacefully on Monday afternoon, Dec. 23, 2013, at Heritage Valley Beaver, with his wife and family at his side.

Born April 19, 1935, in Eastville, PA, he was a son of the late Ellsworth and Fannie (Shade) Brown. Mr. Brown had worked as a well driller and was a Veteran of the U.S. Army. He was a member of the Shippingport Lodge F&AM where he also served as a PM and was a 32nd Degree Mason of the New Castle Consistory. He also loved gardening and fishing. END_OF_DOCUMENT_TOKEN_TO_BE_REPLACED

Born December 20, 1930, in Pennsylvania, she was a daughter of the late Fred F. and Ora R. (Hackworth) Ziegler. A homemaker, Mrs. Beers enjoyed sewing and was quite good at drawing and sketching.

In addition to her parents, she was preceded in death by her husband of 62 years, Charles I. Beers, who died November 30, 2013. END_OF_DOCUMENT_TOKEN_TO_BE_REPLACED

Ruth (Whitehill) Hrizo, 75, formerly of Monroeville, died Monday afternoon, December 2, 2013, with family at her side, in Presbyterian Senior Care, Oakmont.

Born June 23, 1938, in Hookstown, she was a daughter of the late Joseph Clyde and Anna Elizabeth (Searight) Whitehill. Mrs. Hrizo had worked as a nurse in the health care profession at Magee-Women’s Hospital, and also taught nursing at Penn State. She had worked with the Malignant Hyperthermia Association and was a member of the Cross Roads Presbyterian Church of Monroeville. END_OF_DOCUMENT_TOKEN_TO_BE_REPLACED

Born May 5, 1926, in Bellwood, PA, he was a son of the late Charles H. and Wilda Jane (Morrow) Beers. Mr. Beers had worked as a foreman at Armco Steel, and was a veteran of World War II, serving in the U.S. Army Infantry. He enjoyed collecting coins and trains.