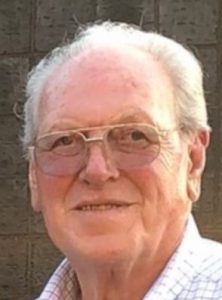 William Harry Barrett, Sr., 81, of Hookstown, PA, passed away peacefully on December 5th, 2022, surrounded by his loving family at the VA Medical Center in Pittsburgh. He was born on March 8th, 1941, in East Liverpool, OH to the late John and Wilda Marie (Sayers) Barrett. He was a decorated military veteran that served in the US Army as a member of the 82nd Airborne Division, Army Rangers and in the elite Special Forces during the pre-Vietnam/early Vietnam era. Upon his discharge, he worked at J&L Steel, J&L Structural as a Maintenance Engineer and as a Structural Superintendent at some of the area’s top heavy construction companies, where he worked on many of the buildings and bridges in the greater Pittsburgh area.

On June 26th, 1965, he married the love of his life, Marlene Fusarelli. In addition to his wife of 57 years, are two sons William (Erin) Barrett, Brian Barrett and a daughter Deanna (Byron) Beardmore; eight grandchildren, Taylor and Madison Beardmore, Austin (Veronica), Alexander, Nicholas and Noah Barrett, Anthony and Erika Barrett. He was a devoted family man that was active in the lives of his children and grandchildren. He was a faithful member of St. Blaise Parish (formerly Presentation of the Blessed Mary Church) where he coached the football and basketball teams and served on various leadership committees. He was an avid gardener and fisherman that enjoyed spending much of his time outdoors. He loved his hometown, where he spent his whole life, especially attending the Hookstown Fair. His presence was always welcoming. He was active in Boy Scouts receiving various awards, including the Silver Beaver and the St. George award.

Family and friends are welcome to call at the MCCONNELL FUNERAL HOME, 447 Pine Street, Hookstown, PA. 15050, on Friday, December 9th from 2-8 pm, where prayers will be offered Saturday at 10:15 am, followed by his mass of Christian burial to be celebrated at 11 am at St. Blaise Catholic Church, 772 Ohio Ave., Midland, PA 15059, Fr. Schreck will celebrate. He will be laid to rest with full military honors in the Mill Creek Hill Cemetery; Georgetown.

Memorials in his name, if desired, can be made to Disabled American Veteran’s, 9540 McCallum Ave., NE Alliance, Ohio 44601, or St. Blaise Catholic Church.

Members of the Beaver County Special Unit are to meet at the cemetery for 12:30 pm honors.