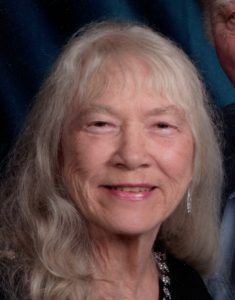 Born December 8, 1944, in Blackstone, Virginia, she was a daughter of the late Charles Reid and Annie (Berry) Wagoner. Sarah was a homemaker and a 55-year member of the Bethel United Methodist Church.

In addition to her parents, she was preceded in death by four brothers, Wayne, Leslie, Herbert and James Wagoner.

Surviving are her beloved husband of 55 years, David P. Halulko; her children and their spouses, Lynda (Robert) Mineard of Beaver, John David (Elizabeth) Halulko of Georgetown and Donna (Douglas) Hart of Georgetown; siblings, Allen (Gail) Wagoner of Okla., Phyllis Green of Va. and Wanda Rivadeneria of Va. and sister-in-law, Barbara Wagoner of Va. She is the beloved grandmother of five, Macey, Cody, Madison, Caleb and Westley.

The family had a private visitation followed by a service on Tuesday June 9, 2020. Her Pastor the Rev. Kenn Jacobs officiated. She was laid to rest in the Mill Creek Hill Cemetery, Georgetown.