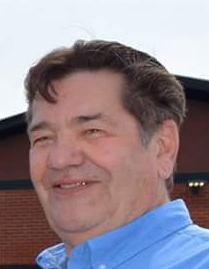 Born May 10, 1942, in East Liverpool, Ohio, he was a son of the late Robert H. Sr. and Dorothy Marie (Brown) Campbell. He was a retired ER orderly having worked at the Aliquippa Hospital from 1981 to 1999. He was a veteran of the Vietnam War having served as an MP in Saigon where he was stationed. He was a member of the Hookstown American Legion and was one of the first groups of men to raise the first flag at South Side High School. He lived on his tractor, cutting grass, hauling leaves and so on, and enjoyed playing cards every Saturday with family and friends.

Surviving is his wife of 48 years, Susan (Knowlton) Campbell, who he married in March of 1969. Beloved father of Robert Scott and Kimberley Hoy Campbell of Harrisburg; a daughter and her fiancée, Susan Michelle Reed and John Wilson of Georgetown, and a son, Mark A. Campbell of Patterson Twp. He is also survived by two brothers and sisters-in-law, Darwin and Linda Campbell and Jerry and Rita Campbell, all of Hookstown, and six grandchildren, Josee, Alyssa, Brandon, Jayden, Ethan and Gavin.

Cremation will take place. A memorial service will be held Saturday, December 2, 2017, at 11 a.m. in the Hookstown Free Methodist Church, with Rev. Wilmer J. Olszewski officiating. He will be laid to rest at a later date in Mill Creek Hill Cemetery.