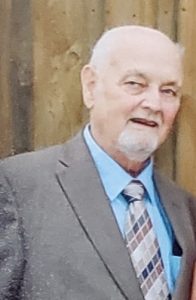 Born March 31, 1936, in Smicksburg, Pa, he was a son of the late Laurence Clair and Mary Kathryn (Swartz) Stiteler.

Gene had worked as a carpenter with J&L Steel in Aliquippa before his retirement. He was an avid bowler with the J&L League, receiving many trophies, he initiated the Band Boosters at South Side School and lobbied to get the baseball fields in Hanover Twp. An avid hunter and fisherman, he harvested a 14 point buck in his backyard in 1983, the third biggest in history at the time. He also served as constable for Frankfort Springs for over 20 years, he was an avid Oldsmobile fan, a veteran of WWII having served in the Army National Guard and held a degree in bullshitting.

Surviving are his wife of sixty years, Patricia (Stephens) Stiteler whom he married on December 3, 1960, his children and spouses Brad and Holly Stiteler of Hookstown, Terri and Sam Neugebauer of Georgetown and Vicki and Larry Lockhart of Hookstown. Brother of Gary and Dolly Stiteler of Aliquippa and the late Clair and Leo Stiteler. A sister-in-law also survives Paulette Stiteler.

Family and friends are welcome to call at the MCCONNELL FUNERAL HOME, 447 Pine St., Hookstown, Pa 15050, on Monday from 2-4 and 6-8 pm, where his service will be held Tuesday at 11 am. The Rev. Kenn Jacobs of the Bethel United Methodist Church will officiate. He will be laid to rest in the Grandview Cemetery; Florence.