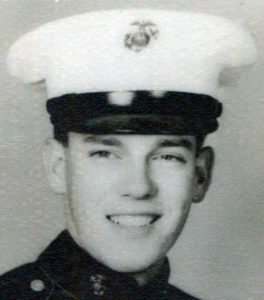 Robert Dale McFadden, 86, of Clinton, PA, Beaver County, went home to be with his Lord and Savior on February 28, 2021, surrounded by his loving family.

He was born on July 14, 1934, in Barkeyville, Venango County, PA. He grew up in the Grove City area. He was the son of the late J. Clair and Mary Ethel Gilmore McFadden.

He retired from Peoples Natural Gas in 1989, with 35 years of service. He started his career with the gas company in Grove City as a customer serviceman. He was transferred to the Pittsburgh area in 1968 as a training instructor. In 1970, he was transferred to Hopewell in Beaver County as a supervisor where he spent the next 20 years, until he retired.

He was a member of the Community Bible Church on Rt. 151, Aliquippa. He loved the church and his church family. He loved flying and obtained his private pilot’s license in 1979. Shortly thereafter, he built two small airplanes with the help of his wife and a friend.

Funeral arrangements are being handled by McConnell Funeral Home of Hookstown, PA. Visitation will be Thursday, March 4th from 3 pm to 6 pm and the funeral service will be Friday, March 5th at 11 am at Community Bible Church, 4549 PA-151, Aliquippa, PA 15001.

The body will be laid to rest in the McFadden burial plot at Mt. Irwin Cemetery in Venango County. A Marine Corps Honor Guard will participate in the graveside service.