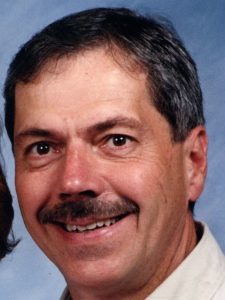 Robert A. Rupert, 75, of Hanover Township, passed December 26, 2022 in his home after fighting a blood cancer for more than 15 years. Born on May 23, 1947 on a small farm in Apollo, Pennsylvania, Bob began working at age 15 for M&H Pressure Casting. After graduating from Penn Joint High School, he entered PIA technical school where he obtained his A & P license. His career as an airplane mechanic was interrupted by “a stint in the US Army and a free trip to Vietnam”. His career in the Aero Space Industry lasted 41 years.

Bob’s interest in metalsmithing gave him much pleasure. He went on to learn more when he joined the local ABANA chapter, Pittsburgh Area Artists and Blacksmith Association, PAABA, serving as their President and Vice President for about 10 years. Attending classes in Missouri led him to author and self-publish a book “Fundamentals in Blacksmithing”.

Organizing a gallery show at Kent State University and having his knives twice featured as the centerfold in “Knives” as well as being featured in “Ironwork Today II”. Bob attended many classes, taught many classes, learned from some of the best blacksmiths, his goal was to produce lasting works of art and share that love and ability with others through his teaching. Bob also served as the President of the South Side Historical Village Association and grew “The Village” by adding more buildings, more members, and more artisans. He served as the resident blacksmith at the J.L. Porter Blacksmith Shop and owned his own studio, Iron Hill Forge.

Bob is survived by his wife Barbara of 49 years, a brother Donald and sister-in-law Karen, and many nieces and nephews.

Visitation will be Saturday, December 31, 2022 from 10 am until the time of his service at 11 am in the Mill Creek EPC of Hookstown, 5005 Route #151 Hookstown, Pa. 15050, the Rev. Abbey Opal will officiate. Military honors will be performed after the service. Burial will follow in the National Cemetery of the Alleghenies; Bridgeville.

Members of the Beaver County Special Unit will meet at the Mill Creek EPC of Hookstown on Saturday by 11:30 am to perform military honors for Mr. Rupert. Professional services provided by the MCCONNELL FUNERAL HOME, 447 Pine St., Hookstown, Pa. 15050.