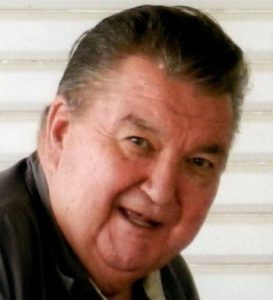 Richard J. Mueller, 81, of Economy Borough, passed away at home on Sunday, February 21, 2021. He was born October 21, 1939, to the late Alfred and Ruth (Sposky) Mueller. He was retired from Pittsburgh Forgings where he had over 30 years of employment. During this time, he held several elected positions in the union. Richard was very active in the organizing of the annual mill picnics held at the former West View Amusement Park. He was an avid bowler with the accomplishments of the trophies that were displayed in his gameroom. He was a former member of several clubs, with the Eagles and the Polish Falcons being amongst them. Some of his hobbies included hunting, fishing, boating, playing cards, camping and his love of cooking. He took pride in being able to fulfill the outpouring requests for his cooking for everyone’s functions.

In addition to his parents, Richard was preceded in death by an infant daughter; father-in-law and mother-in-law, David (Henry) and Etta Hughes; sister and brother-in-law, Judith and Ronald Winkle.

Great Grandfather of Olivia Gaydos. The joy he had spending time with Olivia by playing games (with Olivia’s rules), watching cartoons, at camp riding around on the golf cart, and going to the playground. Every visit had to include their special time of having a bowl of White House Cherry ice cream. He also loved playing with his grand-puppy Daisy and made sure she was included with the golf cart rides. Richard is also survived by numerous cousins, nieces, nephews, great nieces and great nephews.