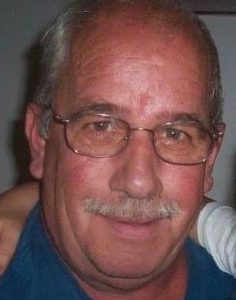 Born August 4, 1954, in East Liverpool, Ohio, he was a son of the late Earl and Leona (Wilkinson) Reed. Ken had worked as a contractor in the construction industry along with being the former owner/operator of Reed’s Dairy Farm. He was also a board member at the Mill Creek Hill Cemetery.

In addition to his parents, he was predeceased by a brother, Frank Reed, and sisters, Sylvia Ann Meyers, Gloria Kolar, Ivy Reed and Margaret Marie Reed.

Family and friends are welcome to call at the MCCONNELL FUNERAL HOME, 447 Pine Street, Hookstown, PA  15050, on Thursday from 2 to 4 p.m. and from 6 p.m. until 8 p.m. service time. The Rev. Wilmer J. Olszewski of the Hookstown Free Methodist Church will officiate. He will be laid to rest in the Mill Creek Hill Cemetery, Georgetown.