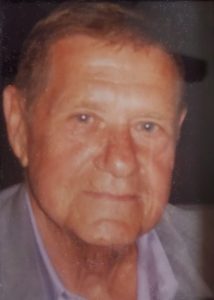 What can I say that I haven’t already said thousands of times. Tom was the kindest, strongest, gentlest, most-decent, forgiving, confident man who I have and will ever know and loved me with all of his being as just as I will always love him.  I was safe and home in his arms.  He used to say I was Christmas to him. He will always be the complete love of my life and I cannot bare to think beyond my next breath.

Tom is the man the Lord blessed me with for 36 years and I wish I had one more day to hold him, to help him, to rest by his side. He was – and is– the wind beneath my wings and remains my strength.  But, on December 17th at noon, the Lord wrapped Tom in His arms, took him from mine, and carried him home to heal from all the physical and emotional pain and suffering he had endured for so long.  Tom passed at home, outside, in my arms.

Tom’s parents were Clyde “Burt” Reed and Myrtle Holland Reed and was born in Burgettstown, Pennsylvania on Main Street on April 16, 1938.

He was an excellent football player and his classmates still recall Harold Malone announcing the games saying “Don’t worry folks, Reed will be back.”  He graduated in 1957 as Captain of his football team, President of his class, Homecoming King and always remained a champion for those less fortunate than he.

Tom went on to Findlay College in Findlay, Ohio where he attended two years on a football scholarship and played for Coach Jim Houdeshell.  Tom was offered to play pro football as he was a stellar athlete.

Tom cherished his high school friends and stayed involved in Class of ’57 Reunions.  He was grateful for the time he spent with his classmates especially those who played football.  He missed his childhood friend from Hookstown, PA, Bill Laughlin, who he grew up with and shared so much of life together.   He was grateful to a dear friend, Sharyn Brady Laquatra, who made him a comforter and brought it to him just two weeks ago, reminding him that he was “a good man who had done no wrong.”

He was completely surrounded by his Mack Hollow family known as the MH Rescue Crew –especially Ed Sell, his brother-in-law and Paul Rosak, friend and neighbor — who were always available if we needed anything during Tom’s illness and knew that we were all there for one another. He knew he could count on you.  And you knew you could count on him.

He wanted it said that his best friend was Harry “Peewee” Freiling, our cousin.  They may have met later in life but connected and were like brothers.  Peewee would visit even in the wee hours of the morning after Tom would phone him at 0330 needing him.   He would stay until Tom was ok for him to go.  My sister, Suzanne Suica Sell was his confidant and buddy for he knew she would always be honest with him and would never hurt him and would always be there for us.

Tom also had the Army family, for as a military coordinator, he was so committed to helping our PHASE 4 graduates successfully enlist to serve our country.  One of his most cherished friends is Colonel Robert Wade, currently the Registrar of the Army War College.  They met 17 years ago and when you put the Colonel and Tom together, good things happened:  Lives were changed and our country was stronger.

Tom couldn’t forget our PHASE 4 Learning Center family of the non-profit we founded in 2003, including the Board of Directors (Dr. Joseph DiSarro and Dr. Anne Stephens) who have been there for us in ways we can’t describe.  From work to personal needs including everything from prayers to home Christmas decorating and keeping our business moving forward.  These incredible people made it possible for me to work from home so that I could care for my husband.

After battling cancer myself with Tom as my rock never leaving my side, the Lord joined us — John Thomas Reed and Terrie Ann Suica — together and we were officially married by Pastor John Rathbone of the Trinity Bible Fellowship on August 10, 1990, in our backyard flower garden.  Tom’s second father, Melvin Harrell, was his best man and Elvira Suica, my mother, was matron of honor.  The Celebration of Love was held at the Hookstown VFD with the Class of ’57 Band providing the music from the 50s where we danced all night.

Tom had three children, eight grandchildren and seven great grandchildren.  Our grandson Thomas “Tommy” Reed (Chelsea Acock Reed) of Pittsburgh stayed true and devoted to his grandpa and was deeply loved by his grandpa.  Tom just adored our great grandson, Thomas Jeffrey (TJ) Reed and couldn’t have been prouder. From the beginning of meeting Merle R. Thompson (Midland), Tom loved him as our son.  Our grandchildren from Merle are Quae’ Shawn, Jaida Maree and Merle “Miz” Lucas.  Last but not least is our niece, Holly Nicole Sell, of Georgetown.  Tom loved Holly as a daughter and enjoyed the times she spent with us and all of the help she gave to us.  Family to Tom was more than blood; It meant unconditional love, acceptance, support, and understanding.   People you could count on to be there at your lowest and most vulnerable times in your life.  People who ease your burden and lift you up.  Tom and I have been in this place for so long and have been blessed with “family.”  But he is now with his mom and dad in heaven who he longed for for 50 years.

When not enjoying an old John Wayne cowboy movie, Tom’s interests centered around the outdoors, such as taking care of our farm and property where we built our home together.  He enjoyed building things from wood and caring for our horses, but yard work was definitely his passion.  He loved to feed the wildlife and had our property declared a Certified Wildlife Habitat. Tom would ride his side x side in our woods and also on the side roads to visit our neighbors.

He loved babies and children and held them as much as possible. In fact, as a child himself in Hookstown, Tom jumped from his bicycle and ran across the road to save a baby who had walked onto the road in front of a tri-axle truck.  This baby would grow to become the funeral director, Jim Welch of Welches’ Funeral Home, of Hookstown.

As a young boy, Tom was the first to win a blue ribbon at the very first Hookstown Fair for entering his dog.  He won the greased pig contest not once but twice the same day and was hired to water the elephant – although there was no elephant.

Tom’s first job was to fire up the pot belly stove at the Hanover Grade School so the school would be warm before anyone arrived.  His first paying job was at the gas station in Florence making 25 cents an hour and then was offered $1.00 an hour to work for the competitor across the street.  When he turned 16, his dad bought him a 1936 pickup truck so he would tow people up hills during bad weather.  From there he moved on to summer work at Weirton Steel and then janitorial service work.

He operated three dry cleaning companies in Weirton area and also managed gas stations. He traveled Pennsylvania as a sewage and septic representative for a well-established company and was a representative for Major Muffler and Scotty Muffler.

Tom was in automotive sales and finance.  He worked decades at Morrow Motors in Beaver Falls, PA and would “not” sell a car to anyone who he knew could not afford it, especially the elderly. Tom delivered three paper routes while working at Morrow Motors so that I could attend college to earn a degree in education.  Tom also worked for Lyons Hardwoods as a forestry manager in selective removal of trees.

In all of Tom’s lifelong work experiences, his proudest and most-contributing work was to be a founding member of PHASE 4 Learning Center, the non-profit we founded to help those at-risk and disadvantaged children in need of a high school diploma, as well as support services and career pathways training.  When we started Phase 4, Tom visited 100 schools in person and made partnerships and relationships that led us to where we are today. Tom was a pillar of PHASE 4 and so very proud of the nearly 20,000 people we have been blessed to help.

John Thomas Reed was known as the “Gapper” for if anything needed done, Tom Reed got it done.  He made things happen and embraced life fully with no reservation nor hesitation.  He was a risk-taker for to Tom, there was nothing that he could not do nor accomplish. He was bigger than life itself and lived it. His doctors have said they never met a man with a stronger constitution than my husband.

Thank you to all of you for your prayers and love for my Tom.  His entire life was meant to help others and indeed he never stopped helping.  He said to say that he hopes that from our personal love story as husband and wife and soul mates and from his strength, courage, and faith to fight to “live”, that others would be inspired to have and do the same in their life. I could not be more grateful to have been married to the love of my life; I have been blessed beyond measure to be Tom’s wife.

Tom’s wife of 36 years resides at their home with the life memories they made together at 208 Mack Hollow Road, Georgetown, PA 15043.

A service to celebrate John Thomas Reed is being planned.