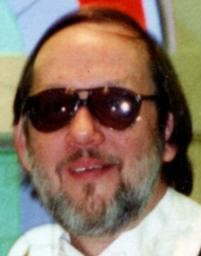 James W. Brinkley, 67, of Georgetown (Hanover Twp.) passed Tuesday morning May 11, 2021, at Heritage Valley Beaver. Born March 16, 1954, in Clarksville, W.V., he was a son of the late Walter Wilson and Mabel (Robinson) Brinkley. James had worked as a mill wright in the steel industry before retiring. In addition to his parents, he was preceded in death by a brother Kenneth Martin Brinkley.

Surviving are his wife of 35 years, Mary M. (Goodman) Brinkley; a son and daughter-in-law, Joshua and Richelle Brinkley of Weirton; a daughter and son-in-law Amanda and Chris Hamm of Acme; his brothers, Robert and Lorraine Brinkley of Cleveland and Carl Brinkley of Florida; and his sister Cheryl McLaughlin of Georgetown. Grandfather of 5, Megan and Alexander Brinkley; Alexandra, Douglas and Isabella Hamm.

Due to COVID-19 concerns, a gathering for friends and family will be announced in the future. Professional services were provided by the MCCONNELL FUNERAL HOME, 447 Pine St., Hookstown, PA 15050.