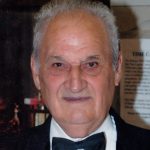 Born April 23, 1924, in Lyndora, PA, he was the last surviving child born to the late John and Josephine (Rickle) Kovac. Jim attended Monaca High School, served in World War II as a corporal in the 86th Troop Carrier Squadron and also served in Central Europe. He was a member and ordained elder of the First Presbyterian Church, Monaca, where he also served as president of the former Men’s Bible Class. A former member of B.P.O.E. No. 1221, Aliquippa, where he served as Exalted Ruler from 1989 to 1990, he was also a past District Deputy Grand Exalted Ruler over the state of PA, and served as secretary and state trustee from 1997 to 2002. He was a charter member of Monaca-Center Lodge 791 F&AM; a member and past president of the Monaca-Center Lions Club, and was one of the founders of Combined Organizations Monaca Area. He was a member of the former Fourth Ward PTA.

He had worked at LTV as a machinist until his retirement and also worked as a machinist at Spectrum in Vanport. He was also employed for many years as a Monaca policeman. Jim was inducted into the Monaca Hall of Fame, class of 2005.

In addition to his parents and daughter, he was preceded in death by his brother, Frank Kovac and his wife, Carol, and two brothers-in-law, Calvin Swink and Glenn Swink.

The family would like to thank the nurses and staff at Allegheny General Hospital’s Trauma Surgical Intensive Care Unit for their professional and caring ways.

Family and friends are welcome to attend his memorial service on Monday, August 8, 2016, at 10:30 a.m. in the First Presbyterian Church of Monaca, 1301 Indiana Ave., Monaca, PA 15061. His pastor, the Rev. Beth Wierman, will officiate. Interment will take place at a later date at Sylvania Hills Memorial Park.

In lieu of flowers, memorials, in his name, may be made to the First Presbyterian Church of Monaca, 1301 Indiana Ave., Monaca, PA 15061.