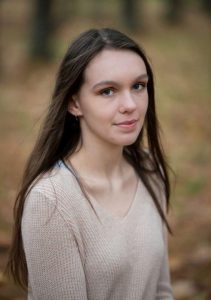 Born, October 8, 2002, in Beaver, PA., beloved daughter of, Jamie Bowen and her husband Eric of Hookstown and Scott Searight and his fiancé, Iva Mumaw of Calcutta.

Hannah was preceded in death by her grandmother, Johanna McBride and by her great grandparents, Polly Whitehead, Lawrence and Kitty Searight, Joseph and Kathryn Snyder and Carl and Jean Morris.

Hannah was a graduate of Southside High School Class of 2021. She was currently attending CCBC and working at the Pittsburgh International Airport.

Along with her family and friends, she had a love for being outdoors, whether it be snow skiing, kayaking, camping, fishing, or riding four wheelers. Hannah was a daddy’s girl and she loved going on trips with her dad. She also treasured the time she spent with her mom especially getting their nails and hair done.

Hannah had a great personality, she beat to her own drum and was determined to be the best that she could be. The most important thing to Hannah was spending time with her family and she will be deeply missed by them.

Family and friends are welcome to call at MCCONNELL FUNERAL HOME, 447 Pine St., Hookstown, PA. 15050, on Tuesday from 4-8PM, where her service will be held Wednesday, at 11am. The Rev. Kevin Neal of the Mt. Olivet Presbyterian Church will officiate. She will be laid to rest in the John Anderson Memorial Cemetery.