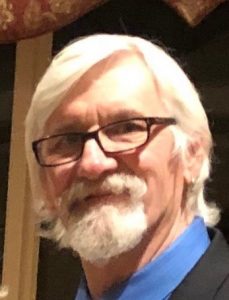 Born January 11, 1955, in Huntington, W.Va., he was a son of the late David Wilson, Sr. and Peggy Jo (Frazier) Wilson. He had worked as a merchant mariner and was a U.S. Navy veteran serving for 22 years. He served as a Tugmaster, and Special Warfare Combatant Craft Crew Member. Additionally, he was a crew master diver, and also worked for the Edison Chouest Offshore. He received the U.S. Navy Commendation Medal, Navy Achievement Medal, National Defense Medal and Expert Pistol Shot Medal, and Surface Warfare Specialist Designation and many more.

David was an avid outdoorsman, swimmer, and a lover of animals but spending time with his wife, family and grandchildren was what he enjoyed the most.

Surviving are his beloved wife of 27 years, Shelley Wilson; his children are Jacquelyn M. Wilson, Cesar M. Chavez of Bethel Park, Sharyna and Greg Rosati of Center Twp., Ana G. Chavez of Beaver, and Nicole M. Wilson of Brighton Twp.; brother of Pamela and Dennis Ott of New Castle, John and Michelle Wilson of Georgetown,  Jacob and Emma Wilson of New York, Jayne and David Pummell of North Caroline,  and Rebecca Miller of Hookstown; loving grandfather of Adriana M. Lambert and Troy and Ava Rosati; and a host of cousins, nieces and nephews.

Family and friends are welcome to call Thursday at the MCCONNELL FUNERAL HOME, 447 Pine Street, Hookstown, PA 15050, from 6 to 8 p.m. only. Cremation will follow and a memorial mass will be held at a later date.

The family asks that in lieu of flowers, donations in his name be made to the Beaver County Humane Society, 3394 Brodhead Rd., Aliquippa, PA 15001.