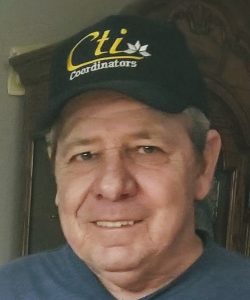 Charles Duwayne Yoho, 69, of Raccoon Twp., passed away on January 8, 2022, following a long battle with cancer surrounded by his family. In addition to his parents, Charles E. and Geraldine Yoho, he was preceded in death by his wife of 44 years, Helen, his son Louis, brothers-in-law Jack Strum, Harry and Perry Russell and his nephews Jackie Strum and Kenneth Dotson.

He is survived by his daughters Carmeleda (Doug) Stiner of Plano and Ashleigh (Josh) Deal of Georgetown. His grandchildren Spencer, Andrea, Tavia and Josie. His sister Carol Strum and brother Dennis (Andrea) Yoho, sisters-in-law Norma Russell, Jennifer (Kevin) Dotson and Linda Snowden. Also numerous nieces and nephews, and his companion Kathy Walker who he adored and his neighbors Karen and Dave Pryzbius and children who he thought of as his own. And his niece Jeannie Henry who has helped in his care over the years.

Charles is a USArmy veteran having served in Vietnam, also a retired truck driver from G.N.C., he was a proud supporter of the VFW. He loved traveling the country where he never met a stranger. He loved spending time with his children and grandchildren and discovered the joy of cooking. He was a member of Tomlinson Run Church of Christ.

The family would like to thank Dr. Tarabay, Dr. Rooney and Dr. Tapyrik for the care he has received over the years. You all gave us more time with him. And thanks to Good Samaritan hospice for their help at the end of his journey.

Family and friends are welcome to call at the MCCONNELL FUNERAL HOME on Wednesday from 2-4 and 6-8 pm, where his service will be held on Thursday at 11 am, Gary Berdine will officiate. He will be laid to rest in the Mt. Olivet Presbyterian Church Cemetery, Aliquippa.