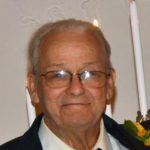 In addition to his parents, he was preceded in death by a daughter, Ronda Webb; a brother, Harold R. Heizler Jr., and a brother-in-law, Merc Digenaro.

Family and friends are welcome to call Sunday from 12 noon until the time of services at 2 p.m., with Rev. Norman Eckert, of the Ohioville Free Methodist Church, officiating, at MCCONNELL FUNERAL HOME, 447 Pine St., Hookstown, PA 15050. Cremation will follow with interment at a later date.

Memorials, if desired, may be made in his name to the Diabetes or Kidney Foundations.