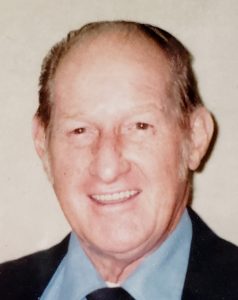 Red was born January 7, 1930, a depression kid in Vandergrift, Pa., raised with much love and sacrifice along with three brothers by his late parents, William Grant and Hazel Darling (Henry) Connor. He was a class clown and a 1948 graduate of Monaca High School. Red was a proud Navy Veteran of the Korean War from 1948-1952, upon the SS307 Tilefish and SS331 Bugara. He was a member of Power Squadron in Lake Erie and locally, The Neighborhood Saddle Club for years.

Red worked many jobs over the years from dredges, construction, gym instructor, horse trainer, truck driver, riding instructor, mill work, crane operator and fireman, finally retiring in 1992 from Nova Chemical. He took much pride in his hobbies. Red loved the outdoors, fishing and boating; camping; music and dancing; taking pictures; riding horses; spending time in the barn; the Hookstown Fair and Wagon Train. So if you knew Red, he was a great conversationalist and he never met a stranger. You would also know that he loved his “kids”, always taking care of the local kids in some way.

In addition to his parents, he was preceded in death by a son, Michael and two brothers, William “Jim” and Walter.

Red has left his mark on many lives over his precious time here with us. He will truly be missed by so many.

Per Reds wishes no services are planned and his arrangements have been entrusted with MCCONNELL FUNERAL HOME, 447 Pine St., Hookstown, PA 15050. A celebration of life may be scheduled at a later time.

In lieu of flowers, family requests any contributions be made to Ohio Wagon Train Association or South Side Historical Village.