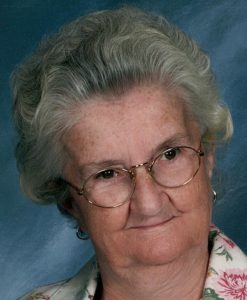 Betty Jo Roe, 90, formerly of Georgetown, died peacefully Saturday morning, March 19, 2022, at Fox’s Stone Pear Pavillion; Chester, West Virginia. Born April 23, 1931, in Evans City, Pa., she was a daughter of the late Joseph Crawford and Minnie Roxie (Allison) Beers. A homemaker Betty was a member of the Mill Creek EPC of Hookstown. When she was a younger woman, she enjoyed roller skating, going to dances (where she met her husband) and later in life she enjoyed playing bingo.

In addition to her parents, she was preceded in death by her husband Thomas Maxwell Roe, an infant son James Roe, a son and daughter-in-law Tim and Rosemary Roe, a sister Bernadine Neal, and brothers Frank and Charles Beers.

Surviving are her children Nancy and Dale Johnson, Joyce and Tim Collins and Gordon and Cheryl Roe, a brother and sister-in-law Clifford and Dana Beers. Grandmother of six and great grandmother of six.

Family and friends are welcome to call at the MCCONNELL FUNERAL HOME, 447 Pine St., Hookstown, 15050 on Wednesday from 4 until 8 pm, where her service will be held Thursday at 11 am. The Rev. Jefferson Ellis of the Hanover Presbyterian Church will officiate. She will be laid to rest in the Butler County Memorial Park.