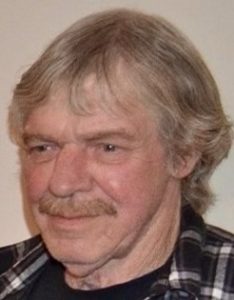 John David Johnson, 76, of Ellwood City, Pennsylvania passed away March 11, 2021, surrounded at home by his family.

John was born March 2, 1945, in Shippingport, Pennsylvania to Fred B. and Lillian Ruth (McMahan) Johnson. John or JJ as he was called by many friends, was in the trucking business until he decided to open a scrap recycling business in the mid-nineties. John enjoyed staying busy and he rarely sat still for any length of time.

He enjoyed spending time with his friends and family, riding his bicycle, taking long drives in the country, playing cards, working on old cars, reading the newspaper, solving word puzzles, listening to country western music, having conversations over coffee and a cigarette and making the best pancake and sausage breakfast. John’s grandchildren have often said over the years that “No one can make pancakes as good as Pap’s!” He loved to hear this from his grandchildren. He was competitive when playing cards. Thanksgiving holidays often wrapped up with several games of 500 Rum and Pap John winning most of those games.

John was proceeded in death by his parents; his sisters Lucille Johnson and Dora Belle (Dottie) Fetchin; his brother Charles (Sonny) Johnson. Due to Covid 19 concerns, a celebration of John’s life will be announced later this summer.