Born August 21, 1934, in Aliquippa, she was a daughter of the late Wilbur and Nettie (Gray) Keller. A homemaker, she attended the Community Bible Church of Aliquippa and was the retired Prothonotary of Beaver County having worked from 1996 until 1999. END_OF_DOCUMENT_TOKEN_TO_BE_REPLACED

Born in Aliquippa on December 13, 1961, beloved son of Lonnie (White) Malcomb, Aliquippa, and the late David D. “Buck” Malcomb, who died February 1, 2017. David was a member of Operating Engineers Local 66, most recently working at the Bruce Mansfield Plant, Shippingport. He was a member of the Shippingport Masonic Lodge No. 485 F&AM, and Sons of the Legion No. 952 Hookstown. He also enjoyed farming. END_OF_DOCUMENT_TOKEN_TO_BE_REPLACED 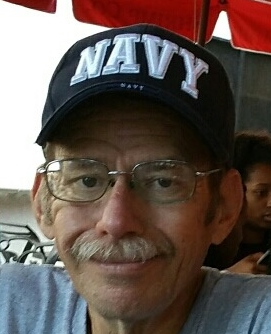 He was born in Sewickley, Pennsylvania, on July 24, 1954, to Arthur “Red” Connor and the late Regina Theil Sluka. Michael attended and graduated from South Side Schools in Hookstown, Pennsylvania. Upon graduation, he joined the United States Navy in 1973, where he served for 24 years. During his Naval Career, he served on several submarines including the Nathan Hale, James Monroe, James K Polk, Von Steuben, and the Newport News as well as a year of recruiting duty in Findlay, Ohio, and 4 years at MEPS in Lansing, Michigan. At the time of retirement in 1998, he was a Machinist Mate (Chief). END_OF_DOCUMENT_TOKEN_TO_BE_REPLACED Born on the Tate family farm in Hookstown on September 13, 1926, she was the last surviving child born to the late Ralph and Pansy (Davis) Tate. A homemaker, she was a member of the Green Valley United Methodist Church, Shippingport, and was the last surviving member of the Birthday Club (a group that was started by her and her girlfriends in their teen years). She was an avid yard sale shopper. She was a loving and committed caregiver to her late son, Donald, for almost 40 years until his death. END_OF_DOCUMENT_TOKEN_TO_BE_REPLACED