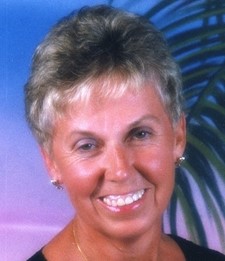 Judy was born May 26, 1944, in Hanover Township, Pa., to the late Clyde and Evelyn Hall. Judy attended Southside High School in Hookstown. She worked in the home care and hospitality industries during her residence in Southern Pines. She was a loving and caring person who always thought of others before herself. She enjoyed camping and boating with her family, having visited all fifty states in the U.S. along with most of the Canadian provinces. She played a very active role in her grandchildren’s lives, supporting their interest in soccer as well as their pursuit in education. Judy was also an avid Pittsburg Steelers fan.

A memorial service will be held at the MCCONNELL FUNERAL HOME, 447 Pine Street, Hookstown, PA 15050, Saturday, August 18, at 10 a.m. with the Rev. Ken Jacobs of the Bethel United Methodist Church officiating.

In lieu of flowers, memorial donations can be made in memory of Judy to the American Heart Association, https://www.heart.org/.