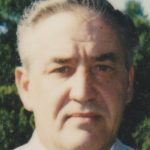 Born July 1, 1950, in Sewickley, he was one of three sons born to the late Bill and Jean (McCoy) Harshbarger. He was the co-owner of Harshbargers Inc. Propane and Mobile Home Sales. He received his bachelor’s degree from Grove City College and was a member of the Hookstown American Legion.

Family and friends are welcome to attend his memorial gathering Monday, March 14, 2016, from 2 to 4 p.m. at the MCCONNELL FUNERAL HOME, 447 Pine St., Hookstown, PA 15050, Daniel M. McConnell, Owner-Director, where a memorial service will be held at 4 p.m. conducted by his friend and neighbor, Pastor Robert Kern, of the Community Bible Church.